The Algrange paragliding spot in winter

A beautiful spring weather, a large zipline over 300 meters for parachutes dropping, a gym to retreat, all, supervised by a paragliding state patent instructor and paramotor instructor were made available.

The group, made up of about fifteen pilots, had an appointment at 8:00 am for a briefing which allowed to take stock of the gestures and different behaviors to adopt during a parachute drop.

For most of the parachutes that were folded less than two years ago, these sessions are going very well but this year a parachute was however stuck in his pod which confirms that dropping a rescue has never been innocuous.

After the emotions of the dropping, each pilot has folded his parachute by following the experienced advice of Michel Schatz who supervises this type of internship since 2001.

The camp ended with a friendly but fast meal because the afternoon conditions were excellent for flying. 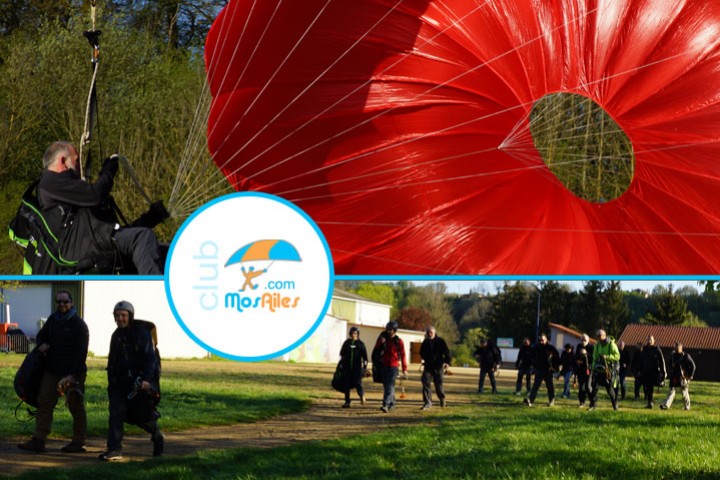